When I was a kid, I absolutely hated being left at Sarah Groves' house for more than a day! The first couple of hours would be cool as we would either watch the Price is Right or Soaps or I'd just spend hours plunking and hammering away at horrific non-tonal chords on the out- of- tune piano in the dining room. But then inevitably, it would happen. Sarah Groves, my grandmother, (and the woman I physically favor most after), would walk over to the stereo (cigarette in hand) and turn up the volume on either one of her two favorite stations...WEBN lite or Beaver "ninety-something point something". Now the lite station wasn't so bad when I was kid in the 80's. Artists like Michael McDonald, Kenny Loggins, Patti Austin, Stevie Nicks, and Paul Simon were all palpable to me as a young music lover. But the Beaver station?!! Oh, now THAT was torture! Nothing but country music all day and all night! Ugh!! But after years of occasionally being doomed to these periods of punishment, I began to acquire not only an appreciation but a deep connection to the music and it's style of simplistic yet honest story telling. That being said, some of my favorite artists today are from that genre because I got so many lessons out of their music (unwillingly) as a child. Artists like: Dolly Pardon, Amy Grant, John Denver, Willie Nelson, Loretta Lynn, and Kenny Rogers. Aaahh, Kenny Rogers (sigh)...now that's a man. Loves me some Kenny Rogers! In fact, just this morning, it was one of Kenny's songs that played in my head as I awakened. You see, I was looking for some answers to some questions I'd been having regarding some relationships in my life: old and new, intimate and casual, personal and business. Lately, I've been frustrated in a lot ways with myself for being someone that often gives the benefit of the doubt for no reason. I mean, I would really prefer for people to all out show me what I don't want to see before I completely cut them out of my life. Well, hell...that could take forever! Or worse, I run the risk of someone hurting me sooo badly to the point where I'm completely scarred by the time they do get out of my life! Either way, not a good look. Yet, as it was when I was an 8 year old and sitting on my Grandma's porch waiting for my mom's orange Vega to "PLEASE GOD COME GET ME!", I got the lesson through the music. Country music that is. Kenny's lyrics danced all through my mind and fed me a solid breakfast of truth as I layed there at 6:30 this morning. He said:
You got to know when to hold ‚em
Know when to fold them
Know when to walk away
A Know when to run
You never count you’re money
When you’re sitttin‘ at the table
There’ll be time enough for countin‘
When the dealin’s done

In other news....RANDOM! One of my best-est and closest friends' is in town and we've been drinking non-stop since she got here on Tuesday!! It's really ridiculous because we're all like "this could be our last year to get it in before we settle down with our own families" as if either one of us even has a boyfriend let alone someone to settle down with!! LOLOL...we don't!! I don't think anyone even likes us right now! We're lucky to get returned texts let alone phone calls in this day and age...haaaah! Anyhoo, I think it was this very realization that is the REAL reason that we're drinking our lives away. However, let me just say...no more for me after last night! Nope! Absolutley no more. I actually drunk texted and drunk dialed...hell naw!!! I'm over the liquor forever or... at least until tonight!:-)))
-Peace and blessings,
Posted by Nape Dog at 10:28 AM 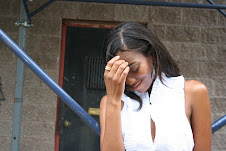